A compromise law on charter public school-focused legislation, AB 1505, affirms that charter schools are here to stay as a permanent and valued fixture of California’s education system.

The original version of AB 1505 would have had devastating consequences for the most vulnerable students in our state. Advocates like you ensured that the most critical protections were maintained and that new provisions would be focused on our values of equity, quality, predictability and co-existence within our public education system. AB 1505 ensures that:

What is New for Charter Public Schools

Looking for a Deeper Dive?

We’ve developed a comprehensive brief that offers details on AB 1505, as well as additional information on AB 1507 and its provisions for nonclassroom based schools.

Understanding a new law can be complex work. That's why we've made it easier for you to find out the answers to the top questions we've fielded from across the charter school community.

CCSA has moved to a neutral position after securing important protections for existing schools, balancing student achievement with fiscal impact considerations, and protecting due process rights.

We opposed previous versions of AB 1505 because it did not balance student needs against fiscal impact considerations, eliminated due process rights, deferred the development of charter renewal criteria to the State Superintendent of Public Instruction (SPI), and left a number of questions unanswered related to protecting existing high-quality schools.

Will AB 1505 make it easier for my school to get shut down?

A new, three-tiered ranking system that aligns with the California School Dashboard will offer greater predictability for schools in their renewal cycle. Using the dashboard’s "blue," “green,” “yellow,” "orange," and “red” designations, a school’s renewal process will be initially guided by their dashboard standing, with some key provisions secured to ensure that schools making progress are not left behind.

For the first-time in state law, we have established the concept that achievement gap-closing schools should be rewarded with streamlined and lengthened renewals: existing, high quality charter schools serving traditionally underserved students will be eligible for streamlined renewal and up to a seven-year renewal period.

A new “second look” also ensures that schools demonstrating promising academic growth are able to work that into their renewal, even if they haven’t reached proficiency amongst subgroups of our most vulnerable students. Additionally, an existing school’s fiscal impact on the district as well as their impact on the district’s programs, services and academic offerings cannot be considered during renewal.

I am still concerned about AB 1505. Can I still tell my legislator I do not support the bill?

While we are taking no more action in opposing AB 1505, we certainly understand that it is your right to continue to contact your legislator in opposition. In fact, it is this type of advocacy which allowed us to remove our opposition to the bill. Without your voice—in a chorus of tens of thousands of other community members’ voices—we would be facing a much tougher bill without the protections we believe it now has in ensuring quality, equity, predictability and co-existence within our public education system.

What happens if my school is denied renewal at the local level?

We were successful in restoring full appeal rights to county boards as well as in preserving a state role in the appeals process, though under narrower standards. With the addition of a 30-day extension for review of petitions that have been denied, petitioners will now have more time for due process, resulting in a more balanced and robust administrative record that offers schools a greater fighting chance at overturning local denials.

Does the new California School Dashboard renewal criteria apply to all schools?

Yes, this applies to ALL schools except schools that are part of the Dashboard Alternative School Status (DASS) program, or extremely small schools with no dashboard squares.

My school is up for renewal in 2020. When will the law take effect?

AB 1505 will go into effect July 1, 2020 – next school year. We encourage schools to submit their renewals early!

How are nonclassroom based schools impacted by AB 1505?

How can we continue to stay engaged on AB 1505 and any future charter school advocacy opportunities?

You can always refer back to this page, where we will continue to offer resources and updates on how AB 1505 is implemented. You can also stay in touch with us by getting involved here.

Though districts may now consider the fiscal impact of a new school as a condition of approving a charter petition, they must account for the academic needs of the students the charter is seeking to serve—a significant protection that promotes new, quality education options in districts.

We're sure you have many more questions, which is why we're here to help. Get connected with us today. 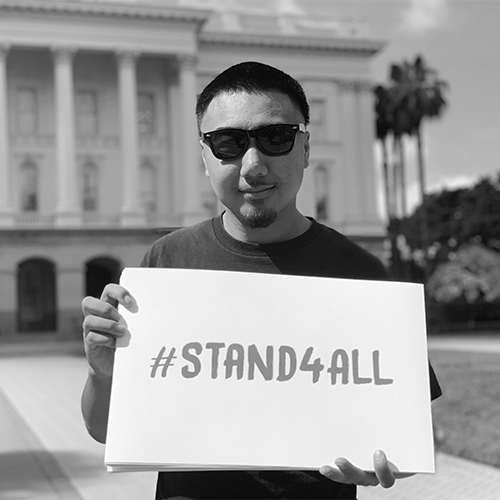